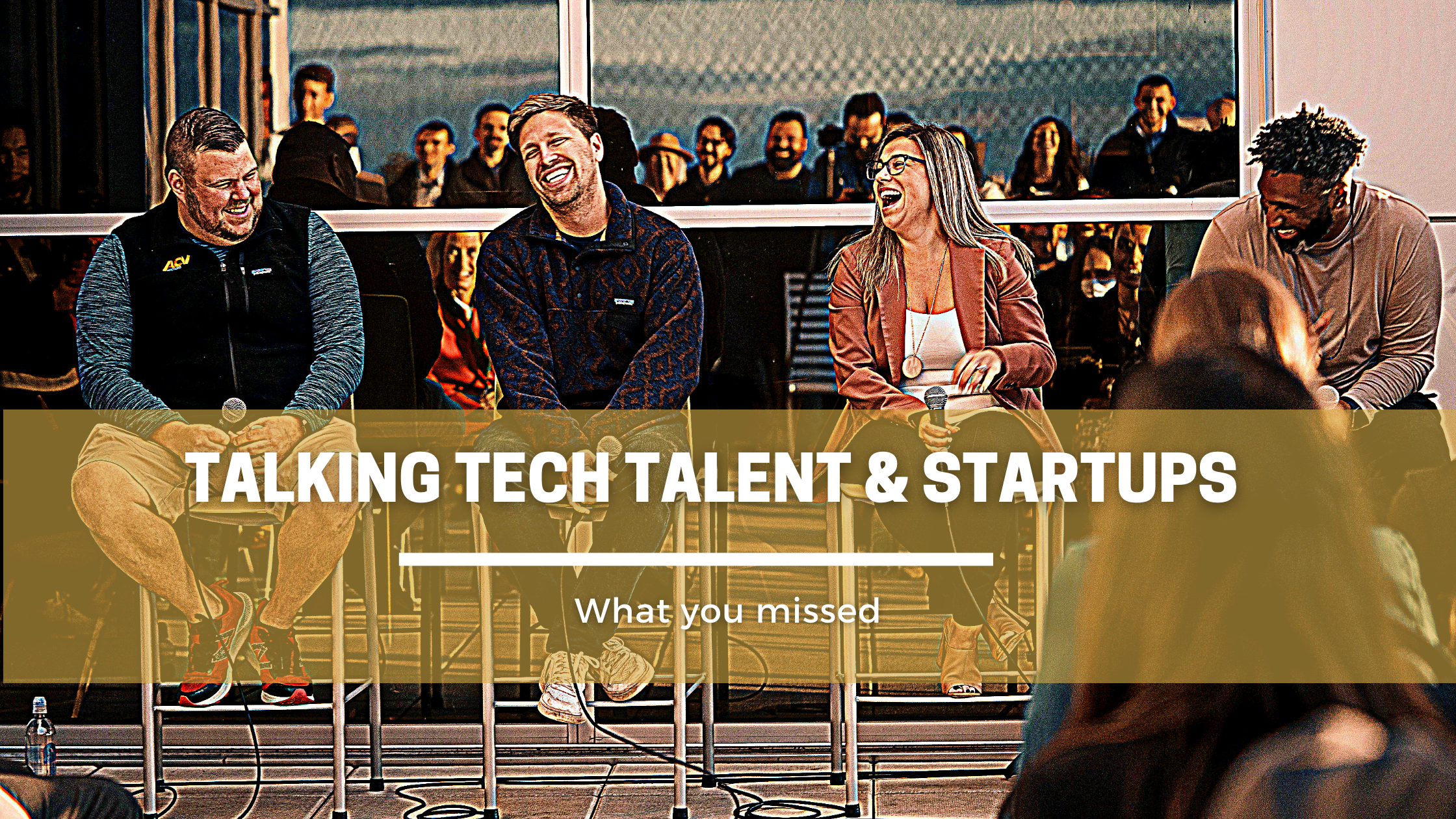 When getting your first taste of life at a startup, things can feel like they’re moving at the speed of light. Some pundits even claim that working at a startup is like building a plane while also flying it. But according to John Kowalski of ACV Auctions, this type of atmosphere is part of what makes working for an emerging company so rewarding.

“Our company has always worked at breakneck speed,” commented Kowalski. “In just a few short years, we went from a small office space in an incubator to a nationwide organization comprised of 1,500 workers throughout the country. Getting to experience this rollercoaster ride of emotions and responsibilities at a startup is an adventure that not many people can say they’ve ever been on before.”

Although startups tend to work at an accelerated pace compared to conventional businesses—sometimes making life hectic for employees—this quickened pace is critical to expediting the business’s growth and expansion. For workers that can remain calm and maintain their focus—even with dozens of activities happening simultaneously—a startup environment is the perfect place to be.

Read more: What Makes Working at a Startup Special?

What kind of worker would thrive at a startup?

It’s no secret that it takes a special kind of worker to flourish at an early-stage startup organization. For Jerry’s Stephanie Ubaldini, candidates must grow comfortable with doing things that aren’t necessarily in their wheelhouse.

“At our company, we never say, ‘That’s not my job,’” said Ubaldini. “Even though it may not be our specialty, we want people to dive in and do something different. That’s ultimately how you learn and grow—both as a person and as a group. Taking on new projects or responsibilities is invigorating and challenging in the best kind of ways.”

Two of the most important attributes of any startup worker? Being flexible and showing an ability to collaborate. For any startup to accomplish long-term goals, employees must work together as a team to earn and achieve these milestones together.

What are Buffalo’s startups looking for in prospective candidates?

From their products or services to their company culture, startups are widely considered to be unconventional compared to traditional businesses. As Odoo’s Nick Kosinski explained, the same can be said about his company’s hiring process when searching for potential candidates.

“We don’t even really look at candidates’ resumes during the recruiting process,” said Kosinski. “Ultimately, it all boils down to how you perform on the case studies that are given to you during the interview process. We put logic tests in front of each candidate to see how they reason and think on their feet. We want to see how curious they are, how they ask questions, how they walk themselves out of an incorrect thought. These case studies have been an effective tool to help us recruit great talent.”

As startup founders and leaders will tell you, critical thinking is a crucial component of successful high-growth organizations. In addition, startups must also promote a culture of trust and transparency. Not only are these values expected of employees, but they’re also imperative for company management, as well.

In just a few short years, we went from a small office space in an incubator to a nationwide organization comprised of 1,500 workers throughout the country. Getting to experience this rollercoaster ride of emotions and responsibilities at a startup is an adventure that not many people can say they’ve ever been on before.

How do you know when to make the jump to a startup?

For many workers, a typical nine-to-five office job can grow very boring, very fast. Although working for a traditional company often pairs a solid long-term trajectory with a stable income, Jerry’s Stephanie Ubaldini says that employees feeling restless in their current role might be compelled to mix things up by making a jump to a startup.

“If you start your career at a traditional organization, it can be scary to switch to a startup,” said Ubaldini. “But there’s a lot of bureaucracy that comes with working at a conventional company. At a startup, there’s so much less red tape and so much more upward mobility. There’s no ceiling on what you can accomplish with an emerging business.”

The wide range of experiences gained from working at a startup will serve any professional well in their career. By transitioning from a traditional business to a high-growth startup, employees will be exposed to a unique atmosphere—one that prioritizes the success of the company versus the success of any one individual.

Read more: Why Now Is The Best Time to Switch to a Startup Job

Do you need a technical background to work at a startup?

Startups—both here in Western New York and beyond—are in dire need of qualified technical talent. But according to Odoo’s Nick Kosinski, job seekers shouldn’t rule out working for a startup just because they lack niche skillsets and abilities.

“I think there’s a common misconception that candidates have to have a technical background to succeed in the startup world,” said Kosinski. “But what many people fail to realize is that the majority of people that join a startup are going to be working in non-technical roles like recruiting, finance, operations, marketing, and more.”

While candidates with technical knowledge and experience may garner lots of attention, it’s the under-the-radar candidates that support these different departments that ultimately drive business operations. Don’t have any technical background? Don’t let it discourage you from applying for the startup job of your dreams.

What does the future hold for startups in Buffalo?

Several years ago, the city of Buffalo was an afterthought for startup leaders looking to set up operations in the United States. But today, the Western New York area has made significant progress and better positioned itself as a leading center of technology and innovation in the Northeast. In the eyes of Nick Kosinski, the Queen City has loads of potential.

“I saw an opportunity for Odoo to come to Buffalo and help the city accelerate in the right direction,” said Kosinski. “Companies are coming to—and growing in—Buffalo by helping people develop skill sets that will be valuable both now and in the future. It’s a super exciting time to be here.”

For a lifelong Buffalo resident like John Kowalski, Buffalo’s talent market has been a critical driver of ACV Auctions’ success as the city’s first startup unicorn.

“We’re looking for people who want to solve difficult and interesting problems—and the candidates in Western New York are interested in doing just that.”

Want to explore open jobs with some of Buffalo’s emerging startups? Browse through the Forge Buffalo Job Board to find a position that’s right for you! You can even submit a copy of your resume here to easily connect with startups from the 716. 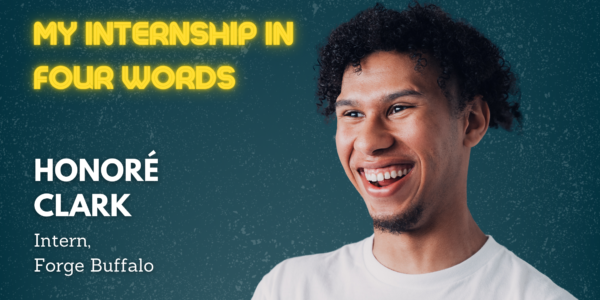 My internship in four words

“Yeah, I’ll do it.” If you asked the people I worked with at Forge Buffalo and 43North, they’d probably tell you it was my catchphrase. Yes, they’ve heard it that many times. My catchphrase made my life and internship a lot of fun and interesting. My name is Honoré Clark, and this is my experience as […]
READ MORE > 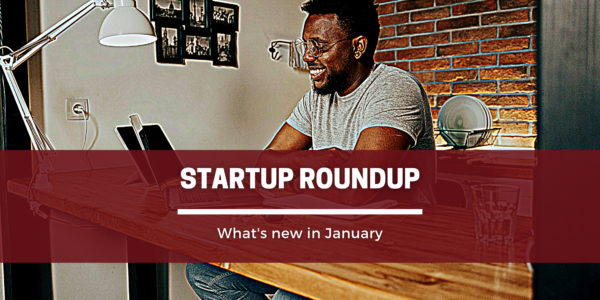 Check out the fresh opportunities on Forge Buffalo and some key information about the companies where you can forge your path!
READ MORE > 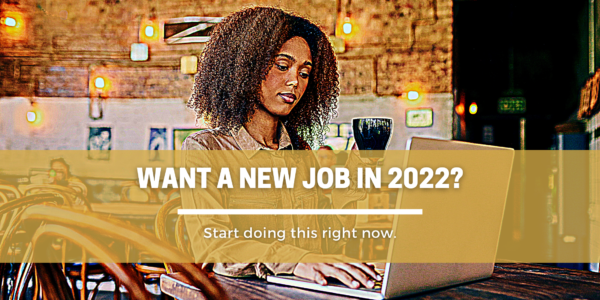 Want a New Job in 2022? Start Doing This Right Now

So, you’ve done some soul searching and decided 2022 is the right time to find the startup job of your dreams. Here's what you can do right now!
READ MORE >
Load More