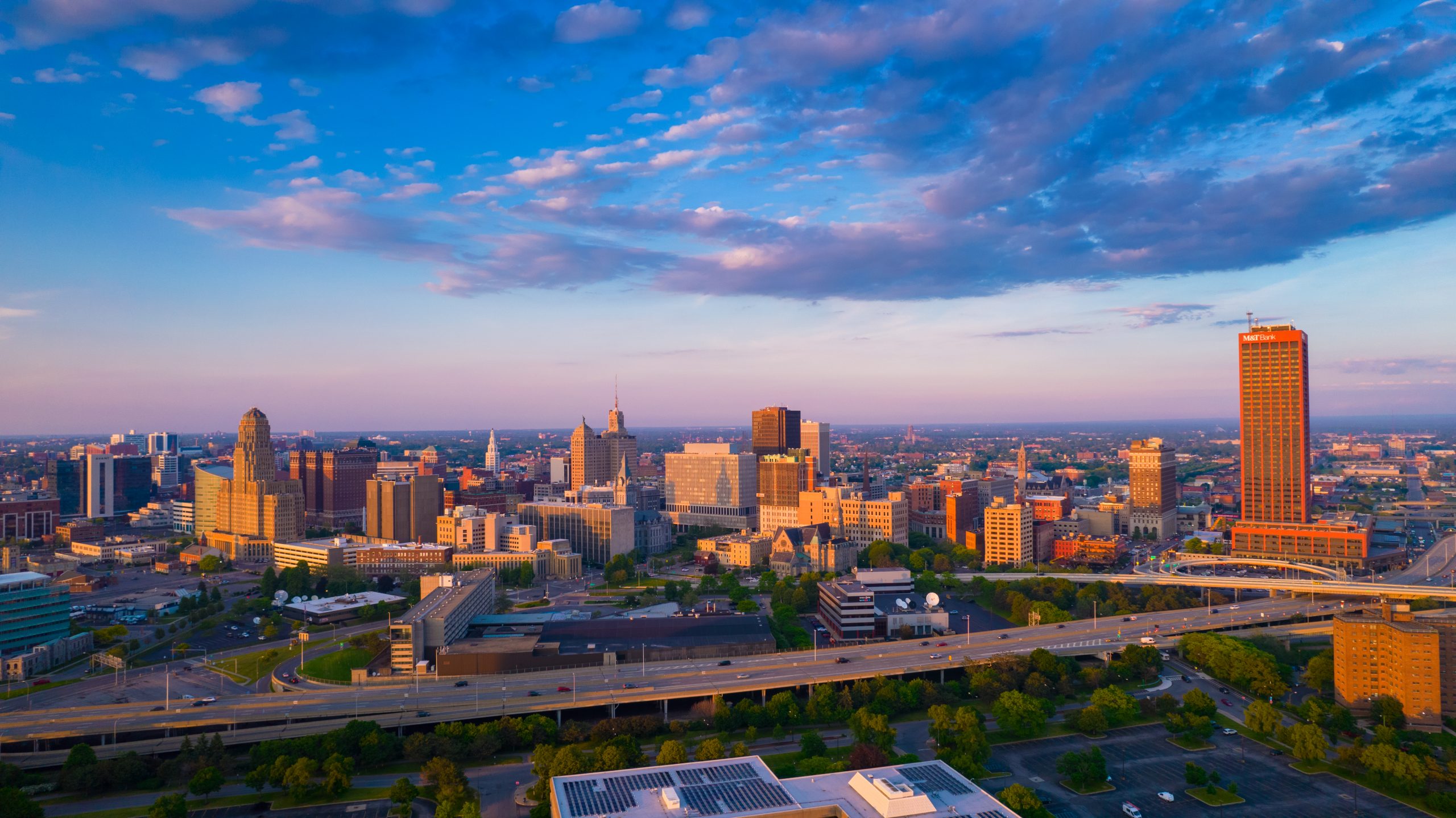 Believe it or not, Buffalo is amid a full-blown renaissance. From its bustling downtown development scene and growing momentum within the startup ecosystem to its blossoming West Side neighborhoods and rising arts community, the city has undergone a full-blown transformation over the past two decades.

As infectious energy continues to build in and around Western New York, the world is taking notice. The New York Times said that Buffalo is “experiencing a bona fide renaissance” and “more than ready for its moment.” Thrillist named Buffalo “America’s most underrated city to spend a weekend.” The Wall Street Journal called Buffalo “a seriously underappreciated destination.” The London Times dubbed Buffalo “America’s coolest summer city.” Need we say more?

Good things are happening in Buffalo—and more are on the way. Looking for more reasons to love the 7-1-6? Our acrostic poem will give you some top reasons why you should explore living in Buffalo.

You’ll never find a place full of beer lovers quite like Buffalo. As our city’s revival has taken off, an explosion of the craft beer scene has followed suit. According to the Brewers Association, 17 new craft breweries have opened in Erie County since 2016—pushing the total number in Western New York to over 40. If you’re looking for a town with plenty of beer on tap, Buffalo is the place to be.

Who doesn’t love a good underdog story? For years, Buffalo residents have embraced—and embodied—the city’s underdog mentality. From our once-despondent national image to our championship-less sports teams, Buffalo has long had a chip on its shoulder. To outsiders, Western New York is known only for its snowy weather and four-straight Super Bowl losses. But to residents, the Queen City has plenty more to offer. As our own Brian Daboll likes to say, it’s Buffalo vs. Everybody!

Western New York has received plenty of prominence for its beloved chicken wings—as highlighted by National Geographic’s ranking of Buffalo as the third-best food city in the world. But have you tried any of our other quintessential dishes? Beef on weck sandwiches, Buffalo-style pizza, and beer-battered fish fries are sure to tingle your taste buds. A bowl of Bison chip dip and a tall glass of Loganberry will leave you smacking your lips. And don’t forget about sponge candy for dessert!

Buffalo has been given its fair share of nicknames over the years. The most fitting of the bunch? “The City of Good Neighbors.” Western New York has a sense of community unlike any other city in the country. Buffalonians exude such prideful passion that fuels their philanthropic fire. Whether we’re shoveling out our neighbors after a snowstorm or helping support our local heroes (check out how much we donated in memory of Josh Allen’s grandmother), the citizens of Buffalo always find a way to come together in times of need.

There’s a reason why Buffalo was ranked the best city for millennials to own a home by Realtor.com. According to a study conducted by online mortgage provider Lending Tree, the Buffalo market was atop the list of areas in the United States for millennial homebuyers. With a median home value of $182,000, young professionals can easily and affordably settle in the Western New York area. Where else can you buy a house for that price?

Buffalo’s nationwide notoriety for having some of the most ardent fans in all of professional sports is well-deserved. Home to two major league sports franchises—the Buffalo Bills of the NFL and the Buffalo Sabres of the NHL—it’s hard to find Buffalonians who aren’t talking proud about their hometown teams. Come smash some tables with the Bills Mafia outside Highmark Stadium or catch puck-drop at KeyBank Center to see the city’s tireless passion on display.

A major part of Buffalo’s renaissance has come in the form of job growth in the Western New York area. From the promising future of the Tech Hub at Seneca One Tower to the advancement and innovation taking place within the Buffalo Niagara Medical Campus, opportunities are limitless in the city of Buffalo. Whether you’re looking to jumpstart your professional career or discover a new position that suits your strengths, you’ll have plenty of chances to do so in Buffalo.

As you can tell, this isn’t your father’s Buffalo. It’s no longer the town with the reputation that was bashed and battered by nescient observers from across the country. Today, our city is something incredibly—and refreshingly—different. Our city has become something we all can be proud of. That’s why we’re all bullish on Buffalo.

Don’t believe our stories about our city’s improbable renaissance? Come see for yourself why Buffalo is the place to be. Check out our Forge Buffalo job board to explore available startup job opportunities in the Western New York area. You can also submit your resume to instantly be connected to emerging companies with operations in Buffalo. 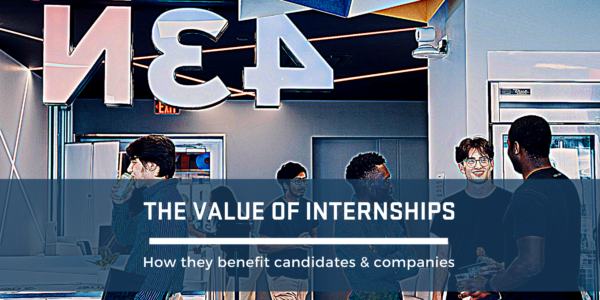 The Value of Internships: How they benefit candidates & companies

by Mariana Silva
Long Story Short Internships present a win-win situation for both the intern AND the company they work for.  For Interns:  internships offer exposure in their industry, a taste of the professional environment, gain experience, help build a resume, and offer invaluable networking opportunities. For Employers: offering internships is a great way to find upcoming talent […]
READ MORE > 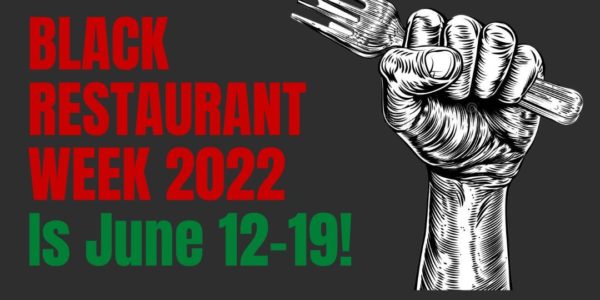 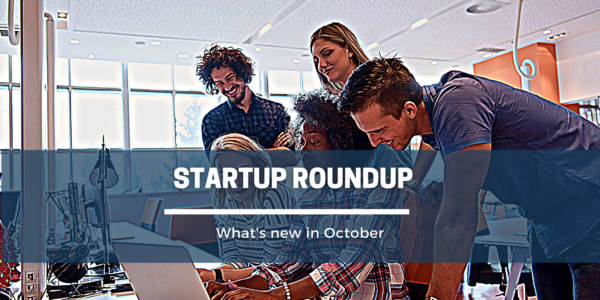 Check out the newest positions and companies on the Forge Buffalo job board in this October Startup Roundup!
READ MORE >
Load More